Home » Blog » Do Chaga Mushrooms Grow in the USA?

Do Chaga Mushrooms Grow in the USA?

Chaga mushrooms are a fungus that is best known today as being used in alternative and folk remedies, specifically through the use of chaga tea. Chaga tea is made with raw or extracted chaga, which is a fungus that is actually patristic to its host trees. The most common trees that host chaga are birch trees, although chaga is less commonly found hosted on other trees. Chaga mushrooms are best known for their unique appearance, which makes the fungus resemble a piece of burnt charcoal more than a traditional fungus. The dark black color of chaga comes from melanin in the fungus, which may actually be derived from the trees that host chaga.

Many people wonder where to find chaga are actually grows. Chaga is naturally found in northern climates. It is most populous in Northern Europe, and Eastern Europe, as well as certain areas of Russia, Canada, Korea—and yes, the United States. Many people do not know that chaga can actually be found right in the United States, as long as you know where to look and what type of climate and conditions that chaga needs in order to grow properly.

If you are interested in drinking chaga tea, you can find some companies who are willing to sell extracted chaga from the United States. If you live in northern states of United States, it may even be less expensive to find locally sourced chaga than to purchase chaga extract or chaga tea from companies that need to import it.

Remember: always ask your physician about chaga and chaga tea before you consume it, because there are certain people who are recommended to not drink chaga due to the potential for side effects. 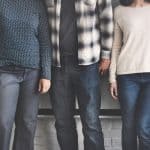 Anyone can enjoy Chaga mushrooms for health and wellness

Drinking coffee can be a lifelong habit that is hard to break. It has its benefits such as plenty of antioxidants and boosts of energy and alertness. There is also a comfort that comes from drinking a rich hot drink in the morning. However, coffee drinking has its drawbacks too. Caffeine can be addictive. Too much caffeine can give you the jitters and not enough will result in headaches. Chaga tea can replace coffee. It makes a nice warm, earthy drink. It is known for boosting energy and improving mental clarity. Chaga tea also contains many antioxidants with the addition of other highly beneficial components. Chaga tea is an easy way to wean yourself off coffee without giving up the comfort of a healthy, warm drink. Herbal tea drinkers also enjoy Chaga.

There are many people who would rather not take pills or drugs, even if it is a natural supplement. Chaga tea steeped with the mushroom provides many natural benefits without having to take a pill. Drinking the tea is a much more enjoyable way to consume the healthy components found in Chaga and the tea makes the components easier for your body to absorb. As always, if you are currently taking medication, talk to your doctor if you plan to incorporate Chaga into your daily wellness routines. Do not replace any medications with Chaga tea unless you have ok’d it with your doctor. 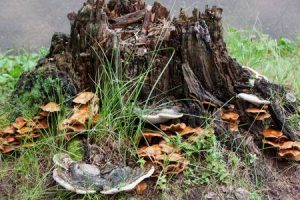 Chaga tea has a vast variety of benefits. Ultimately, everyone can benefit from including Chaga tea in their daily routine. You don’t have to be a nature lover, former coffee drinker, or health specialist to enjoy Chaga tea and benefit from its many healthy components. Try Chaga tea to see if it fits into your everyday wellness routines.