Can You Boil Chaga Mushrooms?

Can You Boil Chaga Mushrooms?

The most common way to consume chaga is through the creation of chaga tea, which is a tea-like drink created with chaga and hot water. Sometimes, additional ingredients are added to chaga tea to improve the taste or to add ingredients which have other health benefits. However, chaga can also be consumed in other ways, including with food or in a concentrated pill form. 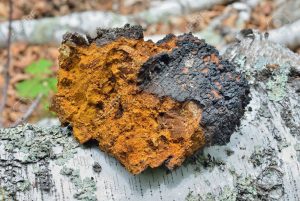 One common concern regarding boiling chaga mushrooms is the potential for boiling to reduce the potential health benefits of the chaga. There is no consensus on whether or not boiling effects the possible health properties of chaga. However, it should be noted that most chaga mushroom recipes call for at least some boiling of the chaga mushrooms. Most recipes recommend using a rolling boil for no longer than a few minutes rather than a hard boil for a longer amount of time, as rolling boils are not as intense. If you are making chaga tea with pieces of chaga mushroom, you can reuse the boiled pieces several times.